A Resource for Applied Behavior Analysis
in Autism Spectrum, Developmental and Behavior Disorders 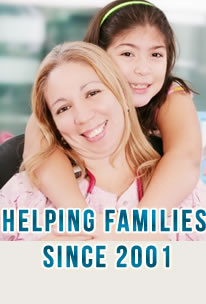 Autism is a complex neurobehavioral disorder characterized by impairment in reciprocal social interaction, impairment in communication, and the presence of repetitive and stereotypic patterns of behaviors, interests, and activities. The onset of symptoms is typically before the age of 3 years. The severity of impairment in the given domains as well as the pattern of impairments varies from individual to individual. That is why diagnosticians refer to the condition as an autism spectrum disorder.

Impairments in social interaction range from difficulty initiating and maintaining interaction, impaired ability to recognize and experience emotions, and difficulty processing and appreciating the thoughts and feelings of others. Communication deficits range from no useful form of communication to very advanced language abilities, but little ability to use language in a social manner. Repetitive and stereotypic behaviors include perseverative behaviors such as complex rituals, extreme difficulty adapting to change and transition, and unusual movements such as hand flapping or twirling.

The Diagnostic and Statistical Manual of Mental Disorders, Fifth Edition (DSM-5) lists criteria for Autism Spectrum Disorder and a related Social Communication Disorder. Asperger’s Disorder is no longer included as a separate autism spectrum disorder though many of the same features are included in the current diagnostic categories.

Once thought to be very rare, autism spectrum disorders are estimated to occur in as many as 1: 59 (one in every 59 people).

We are committed to using only evidence-based procedures.  Applied Behavior Analysis (ABA), a methodology supported by over 40 years of research and based on principles of learning is utilized.  Skinner’s Analysis of Verbal Behavior, to promote communication and other skills, is emphasized in service delivery.  Quality control is important to us, so we maintain small caseloads to provide the contact and intensity required to see behavior change.